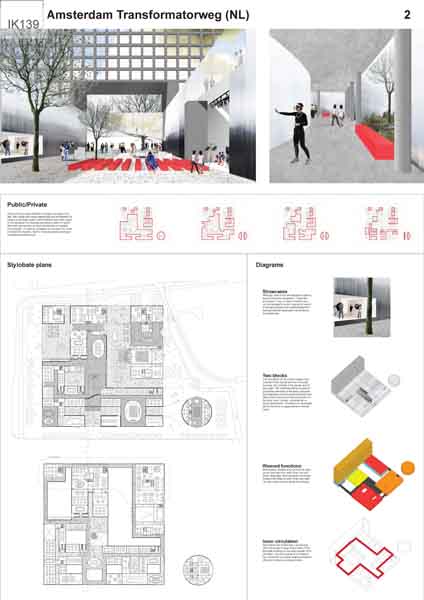 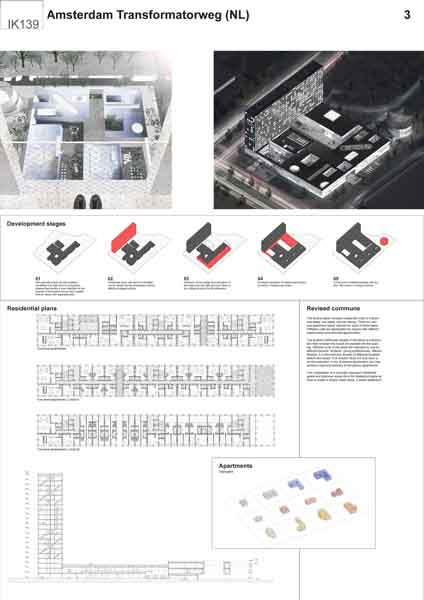 The jury finds this a promising proposal, as it is very specific in terms of program and in the appearance of the building. The project establishes a cluster of new interventions, where existing and new functions are combined in distinct building volumes. The proposed building cluster establishes new visual, functional and movement connections its surroundings while creating a nice interior world with interesting spatial configurations on the ground level and second floor.

The scheme is about creating synergy between form and program which is then brought back to one strong image which could function well as catalyst for the future development of the area. The jury appreciates the proposals on how the interactive program could be managed. The jury misses a stronger connection between the housing with the program of the plinth and feels that the impact of noise on the residential accommodation has not been addressed. This proposal has significant consequences for the existing buildings of the Media College.